GST Impact on Startups in India

GST Impact on Startups in India

GST or Good and Service Tax as we commonly know it as, had a huge impact on various industries since its introduction. There is a huge debate regarding GST impact on startups in India and how it will impact the businesses conducted in India. GST is a one tax system that ultimately includes all other additional taxes. The concept of Goods and Services Tax was first implemented on 1st July 2017. It is considered as one of the most praiseworthy changes in the Indian taxation system. In India, GST is a widespread tax reform levied on every value addition. As a result, the tax will be levied at every end of sale. The GST comprises of two important schemes. First is the Central GST. The second is the State GST. These two components give power to the State as well as the Central government to legislate their individual taxes. In the new system of GST, tax paid or owed is denoted as a transaction value. The transaction value comprises of the cost of packing as well as other expenses sustained for sales and more. After its introduction, all States aside from Tamil Nadu government has been supportive of the one tax system. The government of Tamil Nadu, however, believes the new tax system may cause an obstruction to the self-sufficiency of the State government. According to market analysts, on proper implementation of this new tax system, Indian businesses will flourish effectively. Furthermore, India will successfully conduct business and maintain the standards as required by the World Bank. This will enable enhancement of foreign investments in India as well as improve the condition of start-up companies. The government fixed multiple rates through which Goods and Services Tax (GST) will be levied. These GST rates range from 0 per cent to 28 percent. Furthermore, the GST Council had fixed a GST tax structure namely - 5%, 12%, 18%, and 28%. This structure will impose lower rates for indispensable items. However, in the case of luxurious commodities, the high tax will be imposed along with an additional tax. In the case of Service Tax, the rate may start from 15% and increase up to 18%. The services taxed on train tickets will fall in the lower block. Essential items including food are taxed at zero rates as it will contribute to control inflation. Particularly luxurious, demerit and goods like tobacco and aerated drink will have to bear an extra tax for a duration five years in addition to 28 per cent Goods and Service Tax.

How will GST benefit Start-up Companies?

As per GST rate card, 5% tax will be levied on all transport services. This will result in a slight decline in economy class prices of various flights. Moreover, this tax will also be applicable on app cabs such as Uber, Ola and more. GST thus contributes immensely to the reduction of the tax rate on transport services. Earlier, transport services had to pay a 6% tax, but with the new taxation system, consumers are the ones to benefit. However, the driving partners of these cab companies suffered due to this new system. GST rates ranging from 29% to 43% are levied on leased cars. Earlier the partners paid 14.5% VAT. This resulted in a huge impact on their businesses and in sustaining that business.

When it comes to travel industry, GST has excused lodges and hotels from paying taxes when they set Rs 1,000 as the tariff for one day. However, when hotels charge more than the above-mentioned tariff, thereafter, the hotels will be imposed with a tax ranging from 12% to 28% tax. This will be set according to the fixed price of the hotels. With the reduction in the tax rate in the hotel sector, the hotel industry will be able to upgrade their quality of service. As a result, tourists who travel the world with a budget will be able to achieve an unswerving lodging. Moreover, thousands of employment opportunities will be available. GST will advance the turnover of travel & tourism businesses in the future.

Under the one tax system of GST, there is no difference between commodities and services. As a result, taxpayers will no longer be imposed with VAT and Service Tax. Startup companies present in the service industry are levied with service tax. However, such companies may take care of that with the payment of VAT on their purchases with the service tax paid on their sales. In conclusion, start-ups are at liberty to gain tax credit during their transactions. This is possible by subtracting the tax paid while purchasing supplies from the absolute tax to be remunerated on service provided. The GST helps software developers to flourish their businesses by creating an enormous market.

Previously, e-commerce websites were exempted from claiming any form of tax. With the recent developments, the new taxation system gathers TCS at 1% rate, which is always fixed. TCS is referred to as tax collected at source. This tax is collected when sellers who are mentioned on the websites are paid. Accordingly, online shopping became a rather expensive affair. However, in order to get accustomed to the new GST system, e- commerce websites provide a huge discount to its customers. The main reason behind this is that since e-commerce businesses are required to pay tax on the value of the commodities they have purchased from the trader; it becomes a liability for the companies to put forward additional discounts which will result in stabilization of the market. However, returns and cancellation policies have become complicated with this new system. When owners of e-commerce business collect the TCS, they are the ones who endure the tax amount. They will be reimbursed by the government only when refunds and cancellations occur. In addition, most of the online shopping and transaction are done by cash on delivery mode. When a refund is requested, or an order is canceled it becomes quite tricky for the operators. Since the tax amount is already subtracted on the orders, a major cash flow obstruction is created. In addition, stock transfers will be imposed with IGST. Micro Small and Medium Enterprises will be highly influenced by this policy. In such circumstances, business enterprises will take a considerable amount of time to get accustomed to this new system of taxation. A few e-commerce traders presented their apprehension involving the multiple returns filing policy. Under GST the traders are required to register in every state. This means a business has to complete registration in every state that it functions. This diminishes the benefit that an e-commerce trader could have acquired.

After the introduction of GST, the sector of logistics is flourishing. Presently, the merchants are excused from registering in each and every state where they operate. This will ensure quicker delivery with limited paper work, movement of goods will be unspoiled resulting in a faster delivery of goods with lesser costs. The business will under go a rampant change and flourish. Thus, India will continue to grow as a single market. GST will help vehicles transporting goods to avoid all the check posts. Furthermore, the entry taxes levied on state borders are avoided. This enables free distribution of goods and services. The GST system integrates the nation by eliminating constraint on the interstate passage of goods. Thus, the warehouses all over the country are consolidated. Earlier, states had various VAT laws. Thus, the authorities of the tax system were entitled to confiscate goods in the absence of valid documents. No such complications are faced in the GST regime. According to few trust worthy reports, the logistics sector is responsible for contributing to the nation’s GDP. Almost 13%-14 % of its GDP is acquired from this sector. However, this sector is not static. It varies depending on the developing economy, thus contributing to India’s economy. The GDP will increase with the increased amount of transaction and transportation of commodities.

Among all the sectors, GST has had a huge impact on the manufacturing sector. Previously, any business with a total income beyond Rs 1.5 Crore paid excise. However, in this GST regime, the turnover is Rs 20 Lakhs. This sudden change in rules affected various manufacturing start-ups. The apparel sector makes a considerable contribution to the economy of India. GST will make this sector contribute 5% to 28% to the nation’s GDP. In case of textile manufacturing industry, 5% GST is applicable. The non-premium brands have experienced an increase in their profit margin. However, the premium brands have suffered after the introduction of GST. After the implementation of GST, India’s model of business will change. The “GST’s impact on Startups” will also be of considerable amount. After conversion into one single market, startups can now easily transport goods and provide services. The initial hiccups faced by businesses after sudden announcement of GST will soon be a distant story.

0 comments have been posted.

Have queries? Talk to an expert 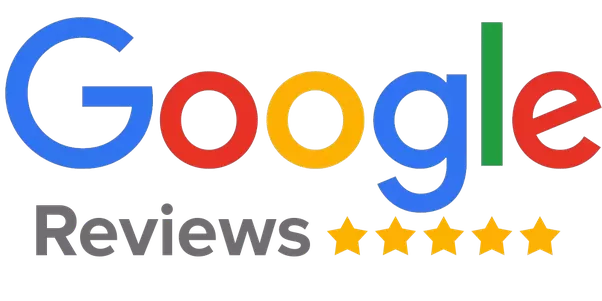 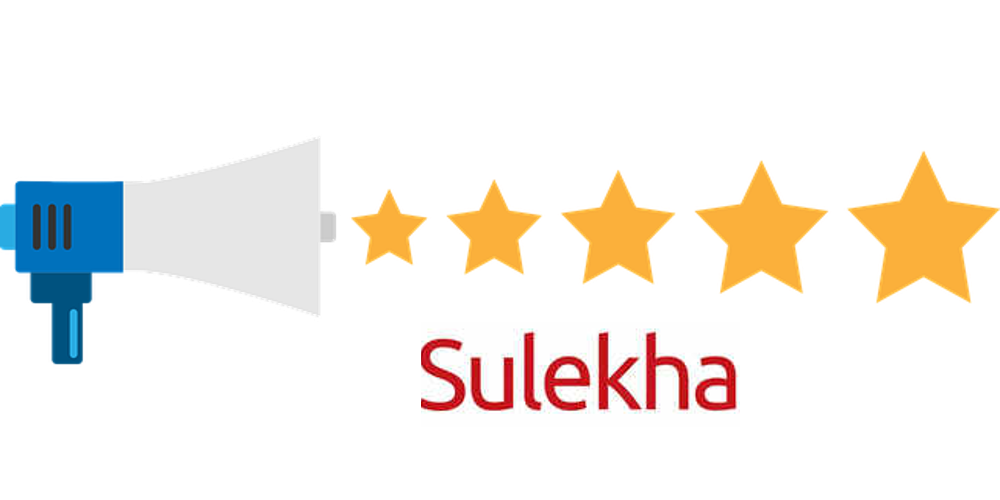 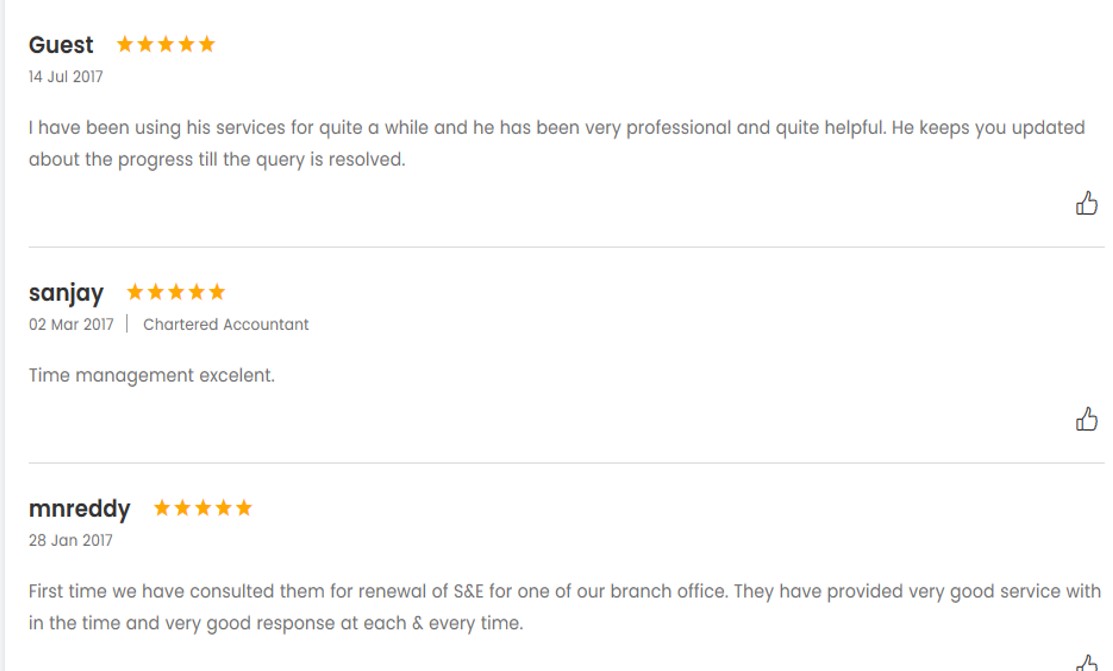 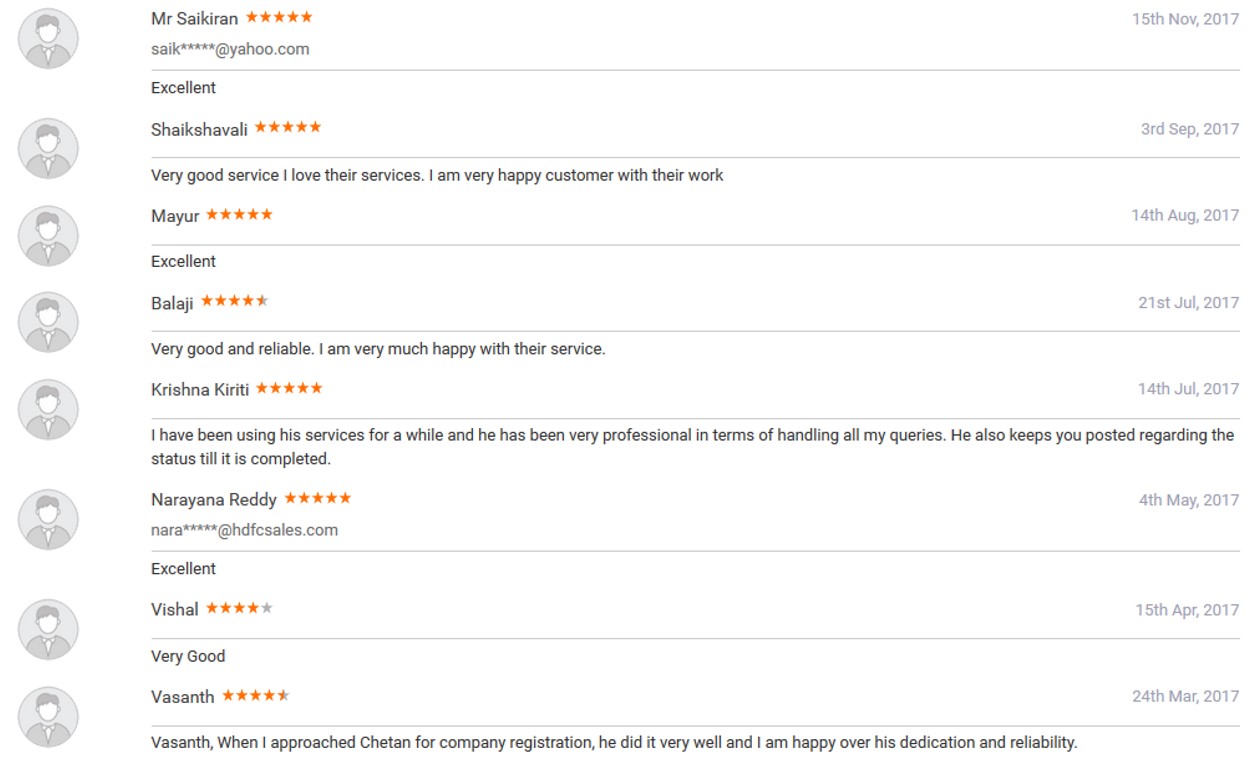 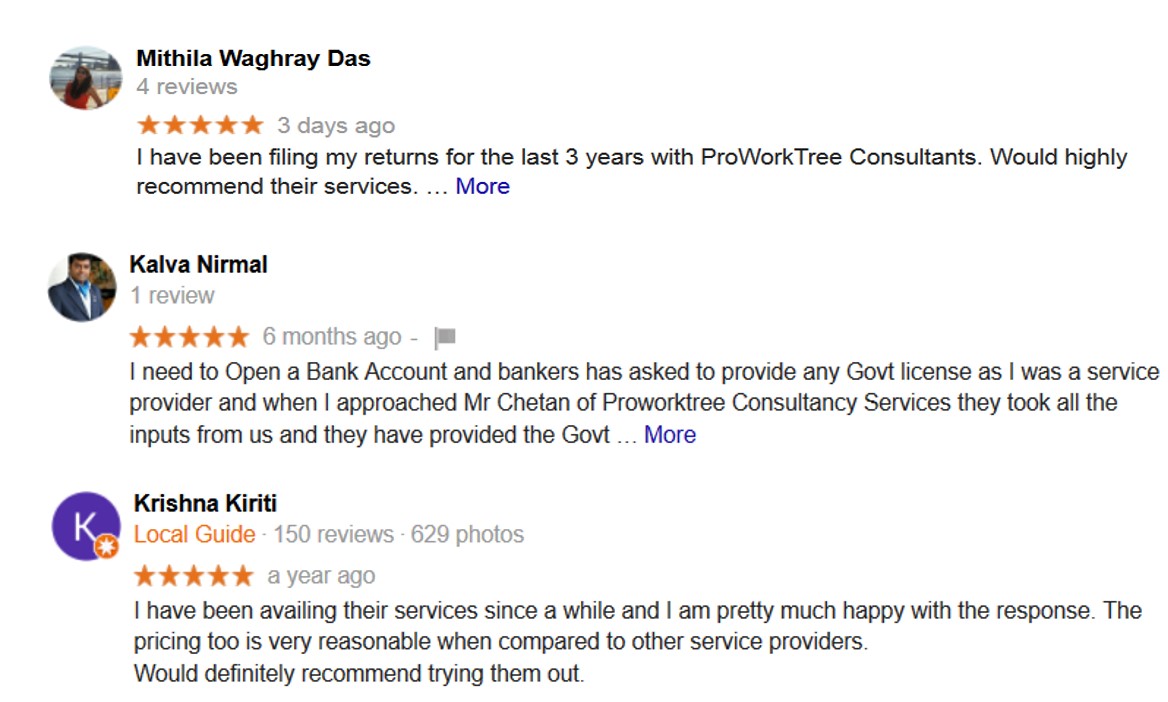 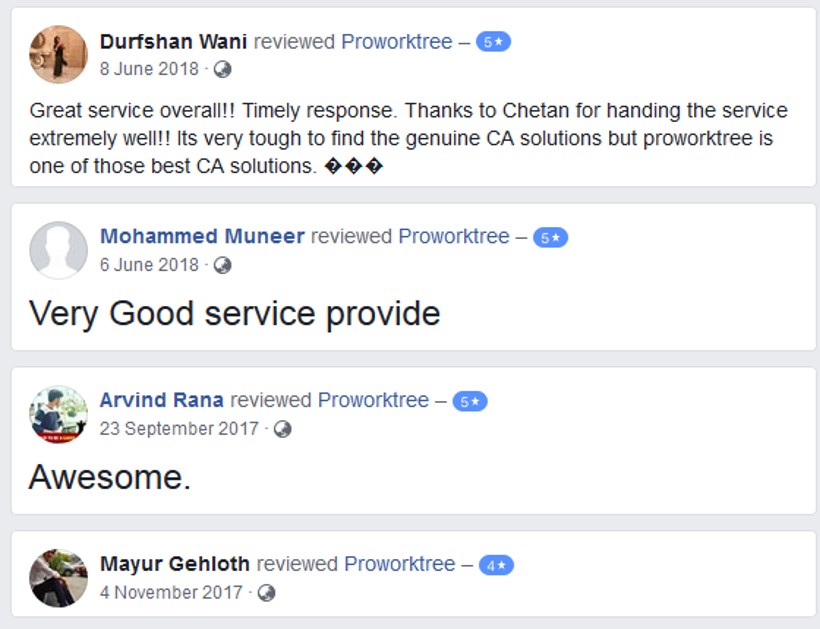 Hi, I am Anand... I will be happy to answer your questions.

Give your questions here

Anand will reply with your answers.

Hi, I am Anand....I’ll be happy to answer your questions. 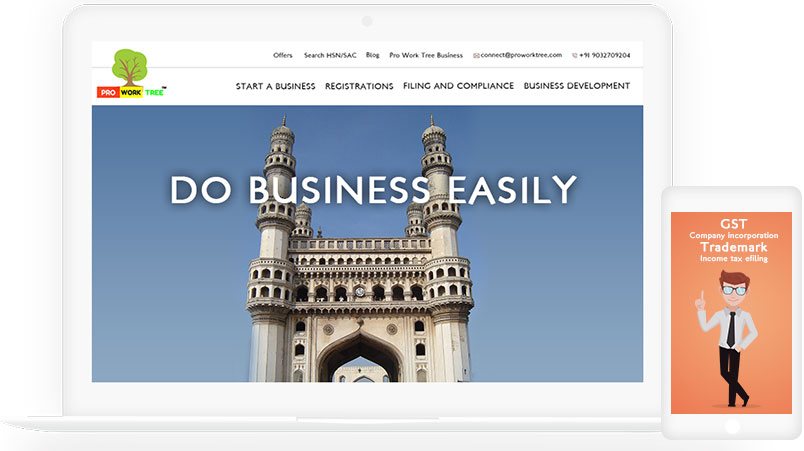 We are dedicated, qualified & experienced professional who have already trusted & established name among numerous happy clients.

Now get support through phone, email, live chat - 24/7, 365 days. email us your query at connect[at]proworktree[dot]com We are here always to assist you with our best support and commitment

Not Happy with the service. then we can get your amount refunded as per terms & conditions apply. Please refer our Refund policy or contact us for any questions on same.